Welcome to our Career Site

﻿Our Trust was formed more than 25 years ago with a simple and clear mission – to transform educational performance in all our communities.

﻿Working in some of the most challenging contexts, we improve our students' achievements by making long term commitments to the community and championing new approaches to improve the life chances for young people.

Our five core values underpin this mission and guide our work: 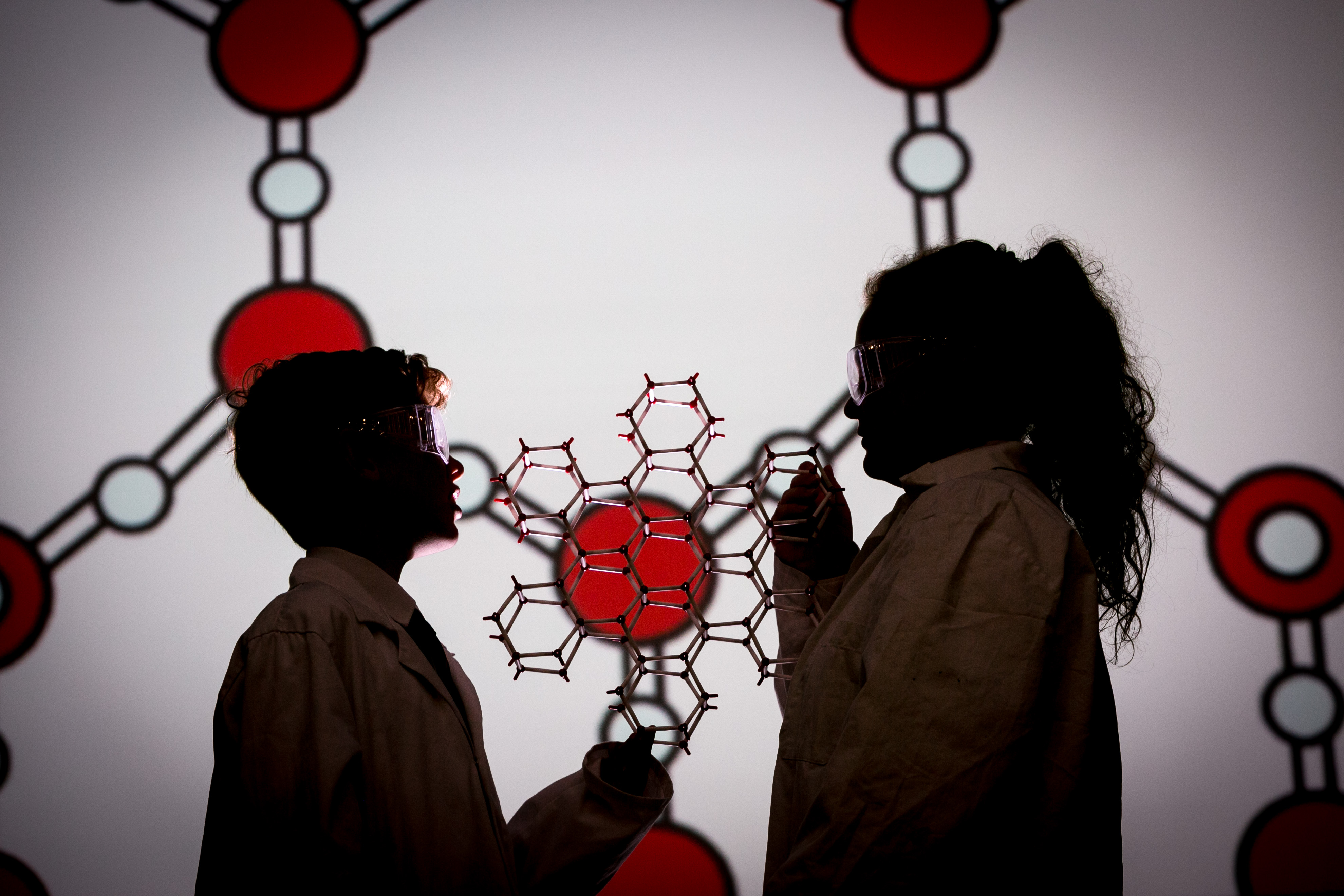 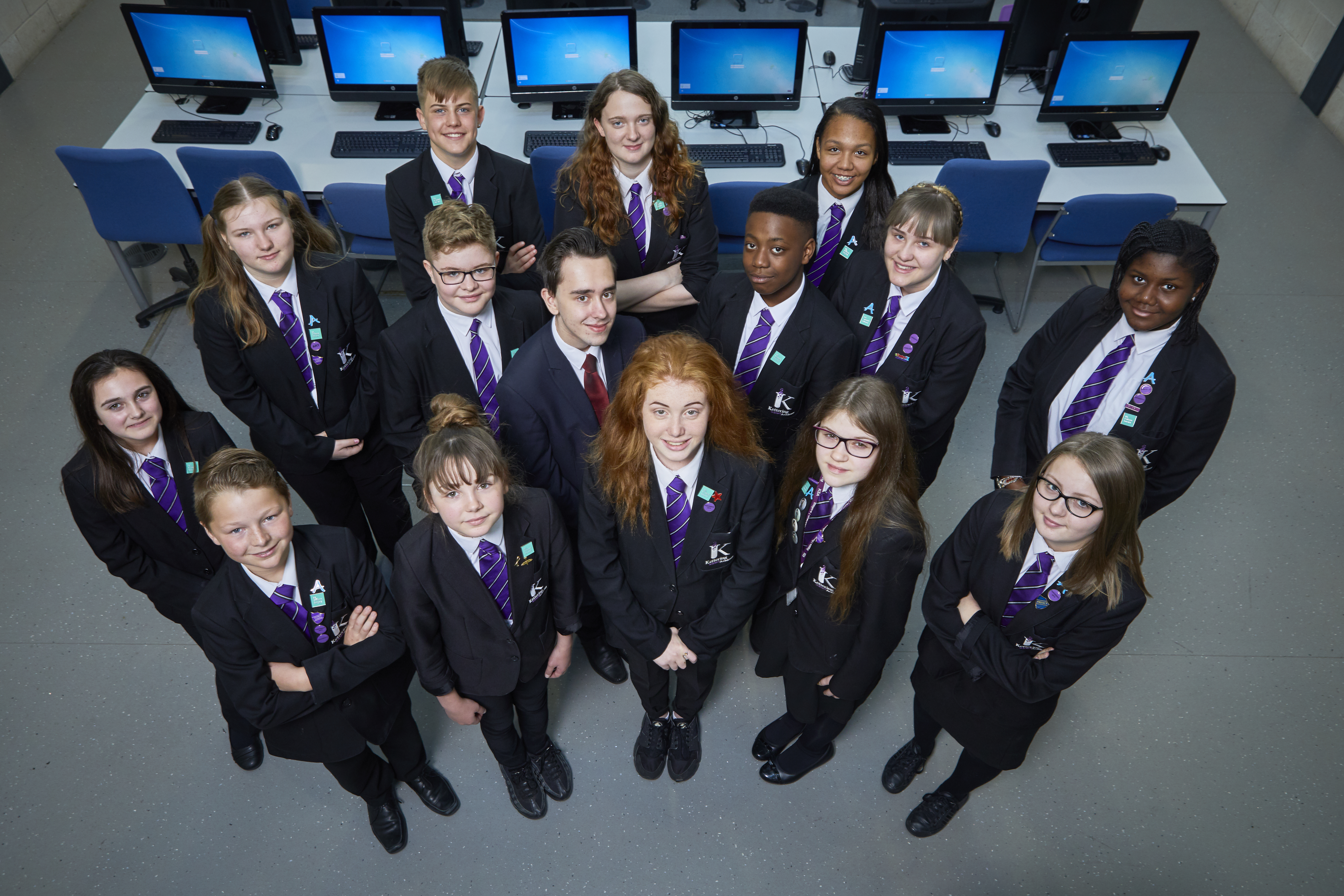 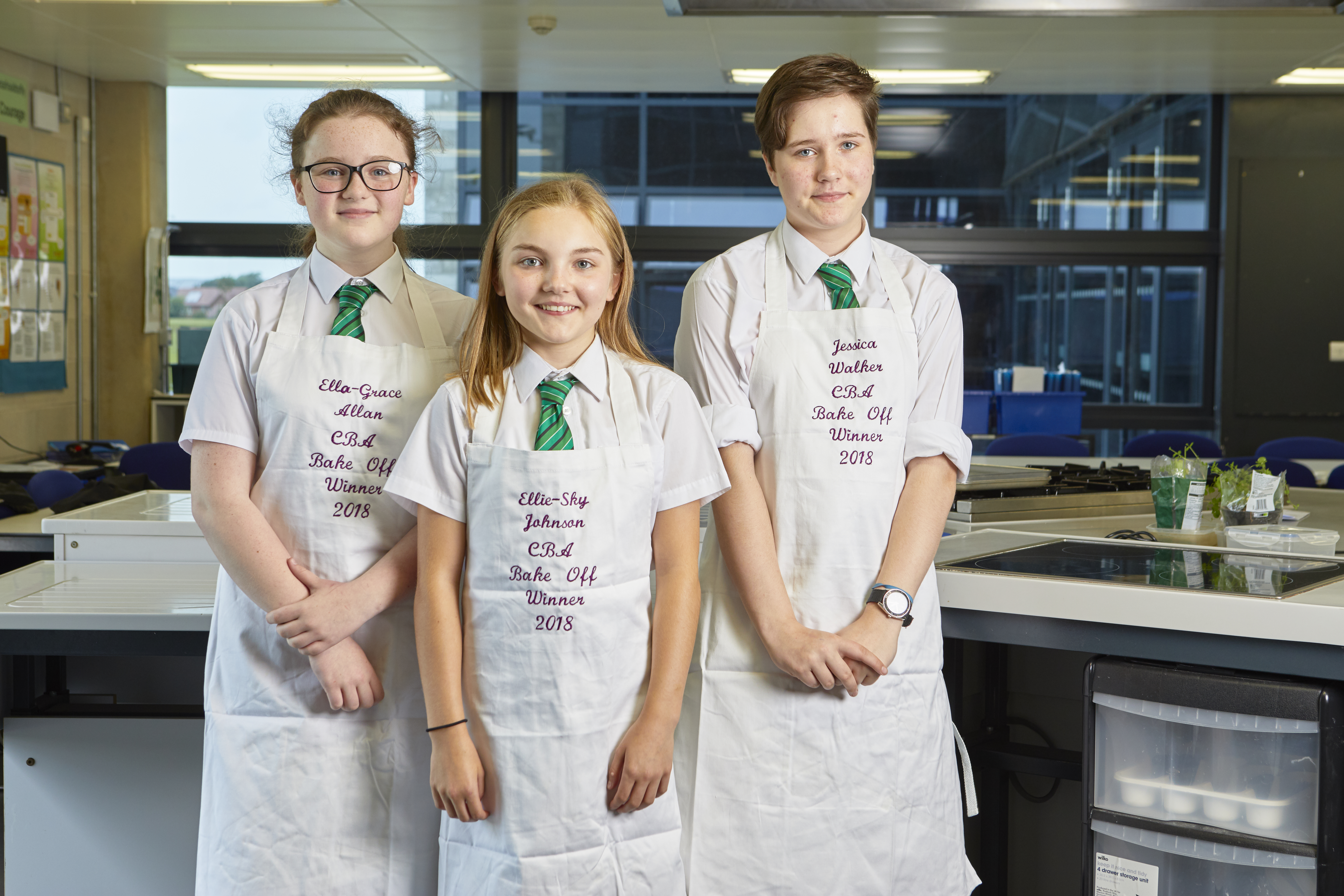 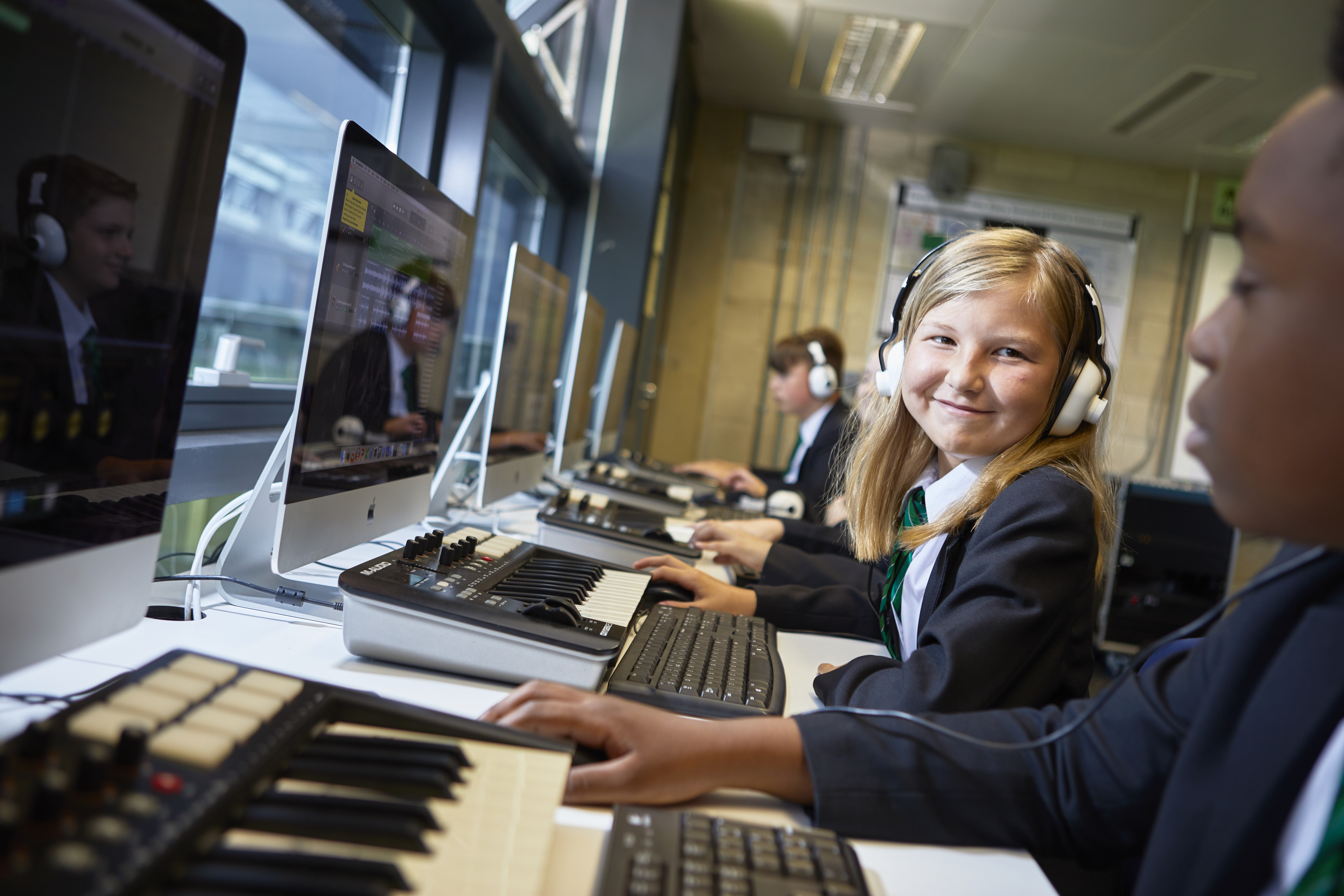 We are always on the look out for new Talent to join our team.

Please submit your CV to the relevant talent pool below.

Our members of staff are essential to realising this vision. We recognise that a happy, motivated and supported team will deliver the best possible experiences for our young people and know that our staff regularly exceed the expected limits. We therefore place great emphasis on creating a supportive and collaborative working environment in all our schools where morale is high, and our people are proud to be part of the Brooke Weston Trust. 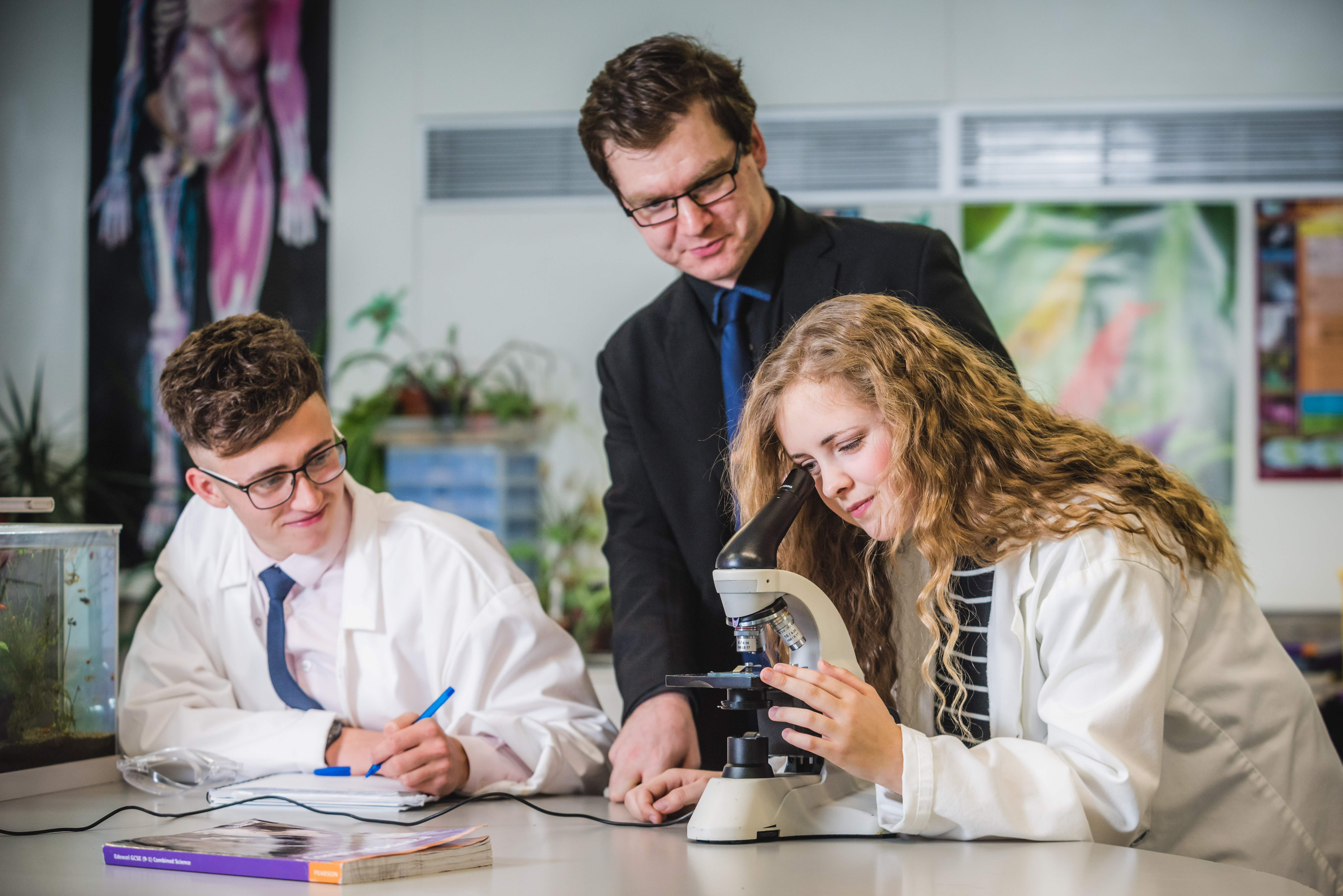 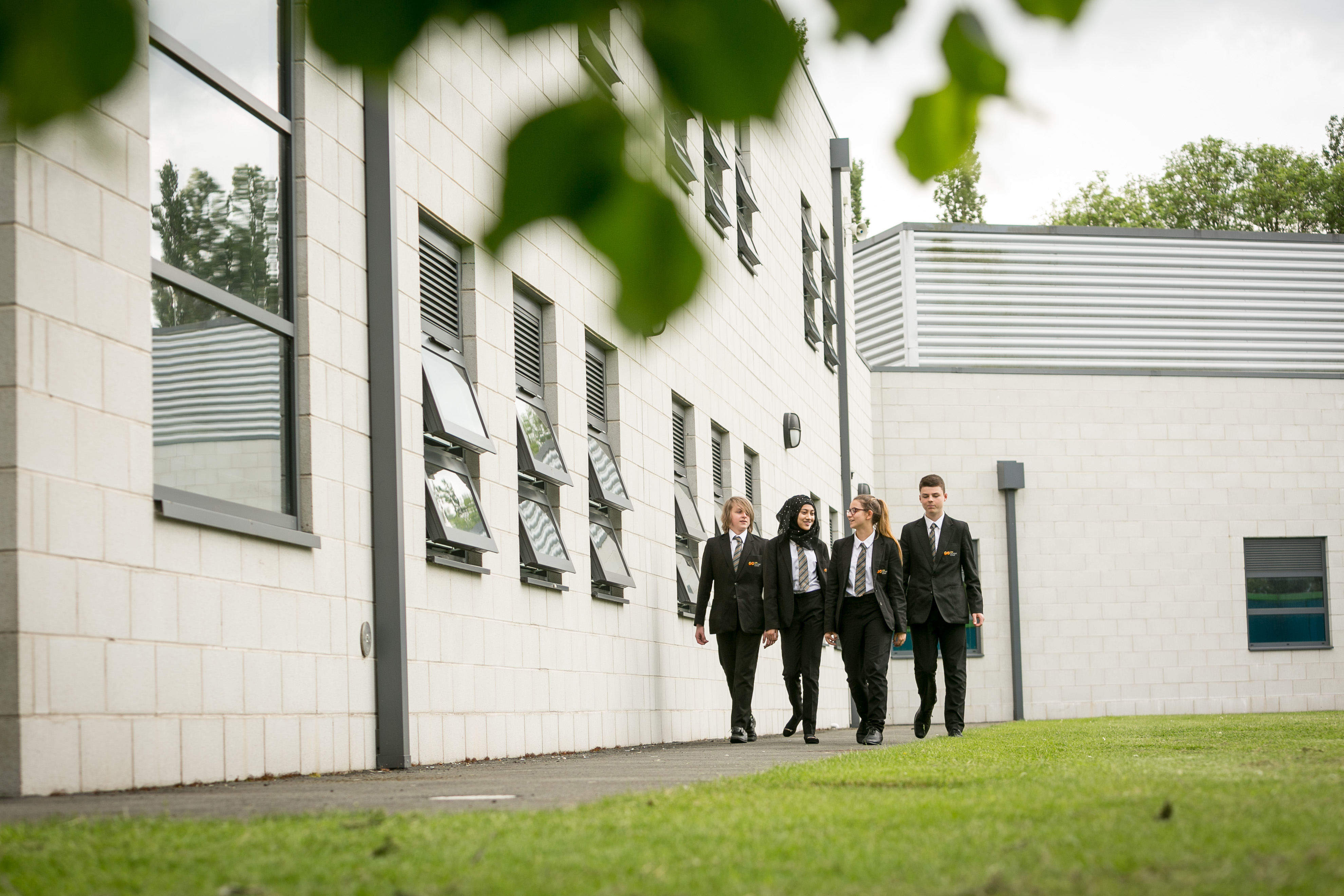 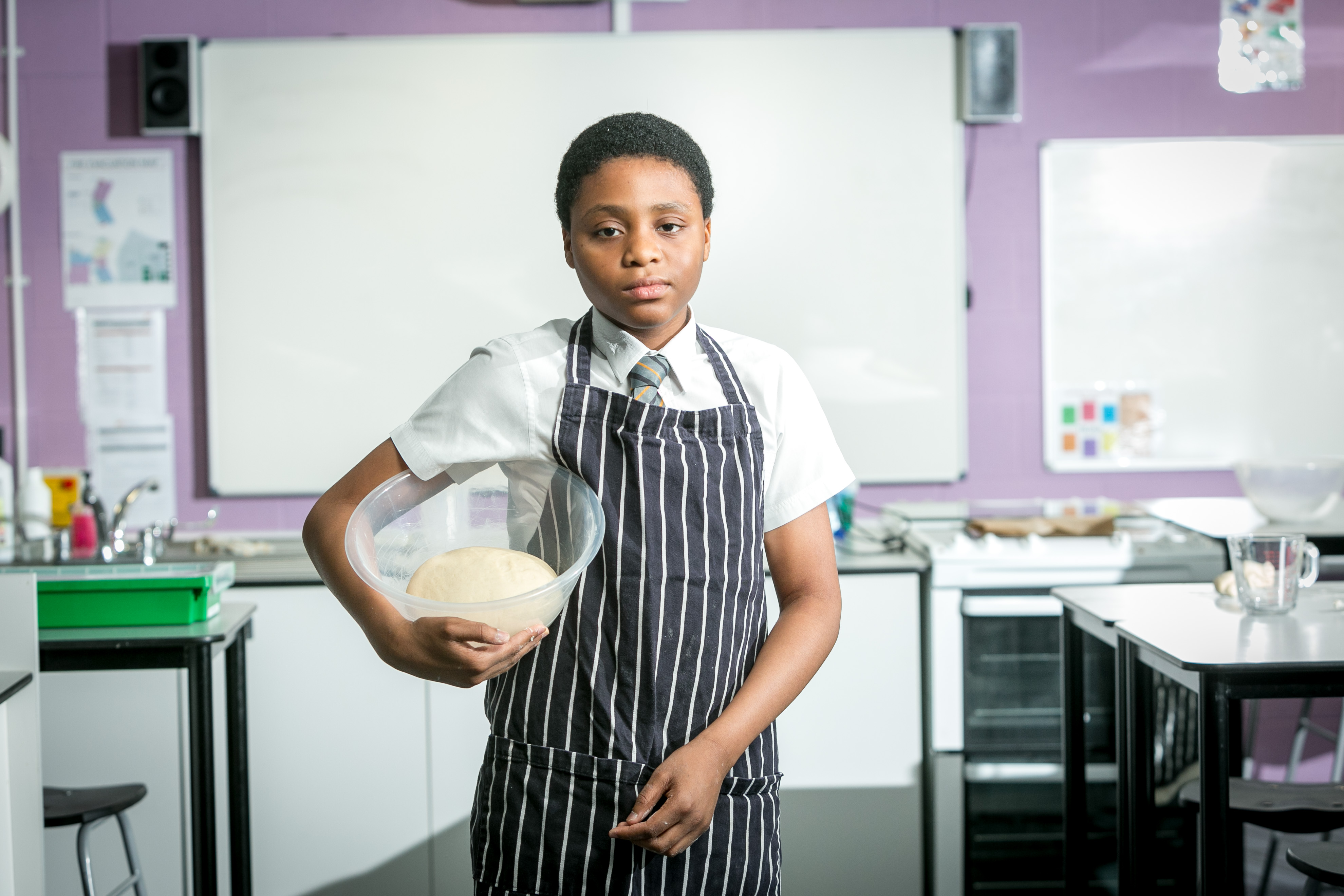 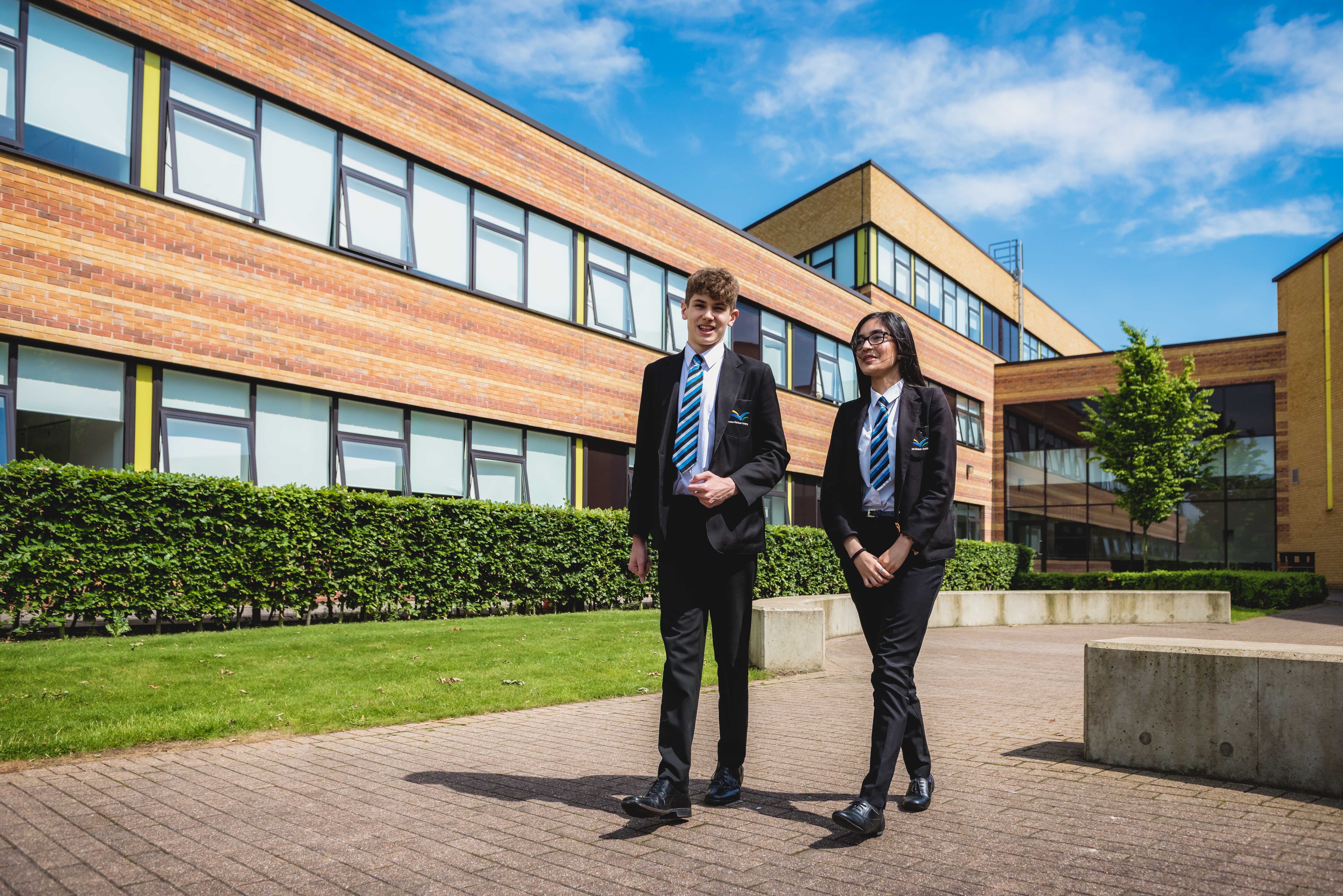 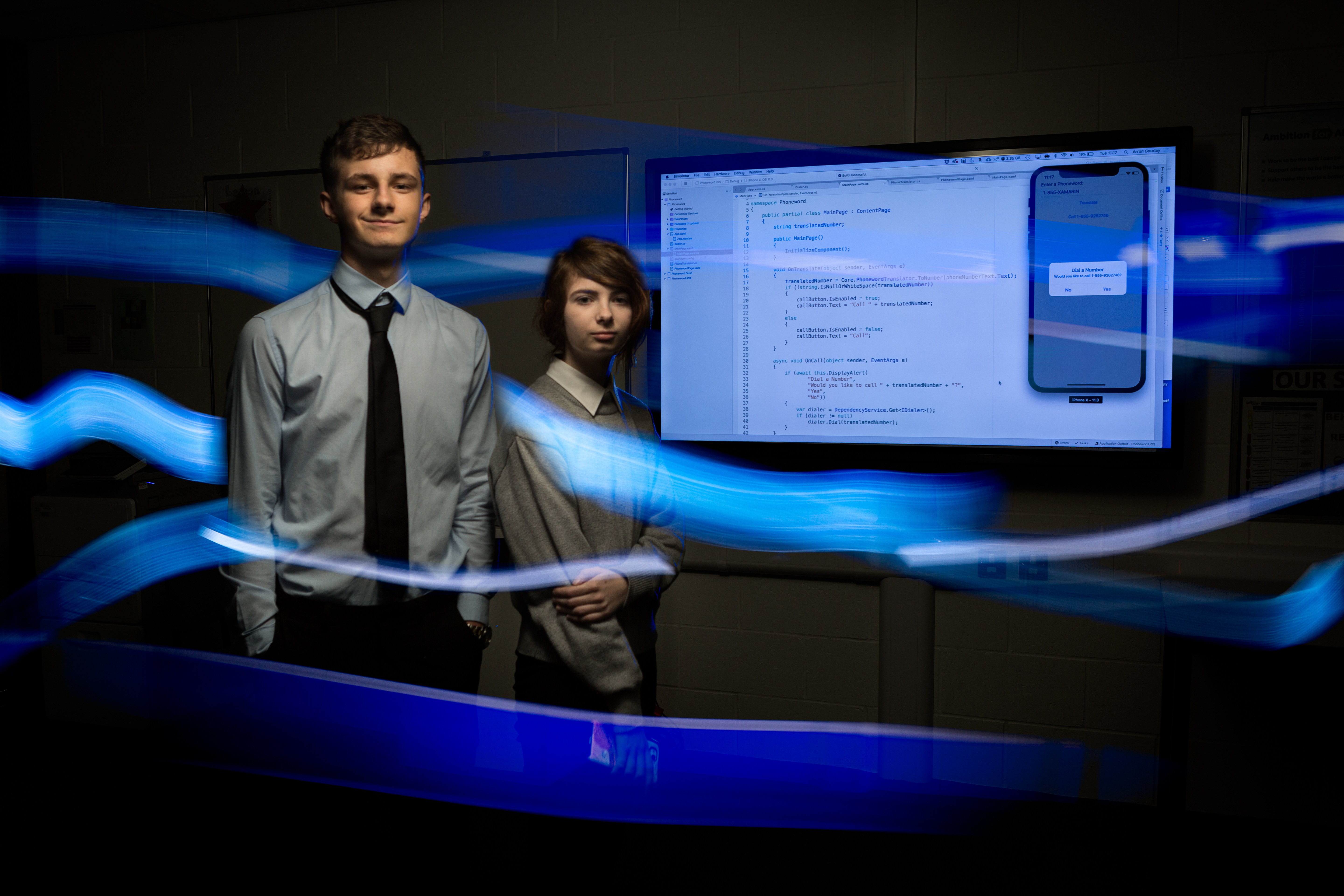 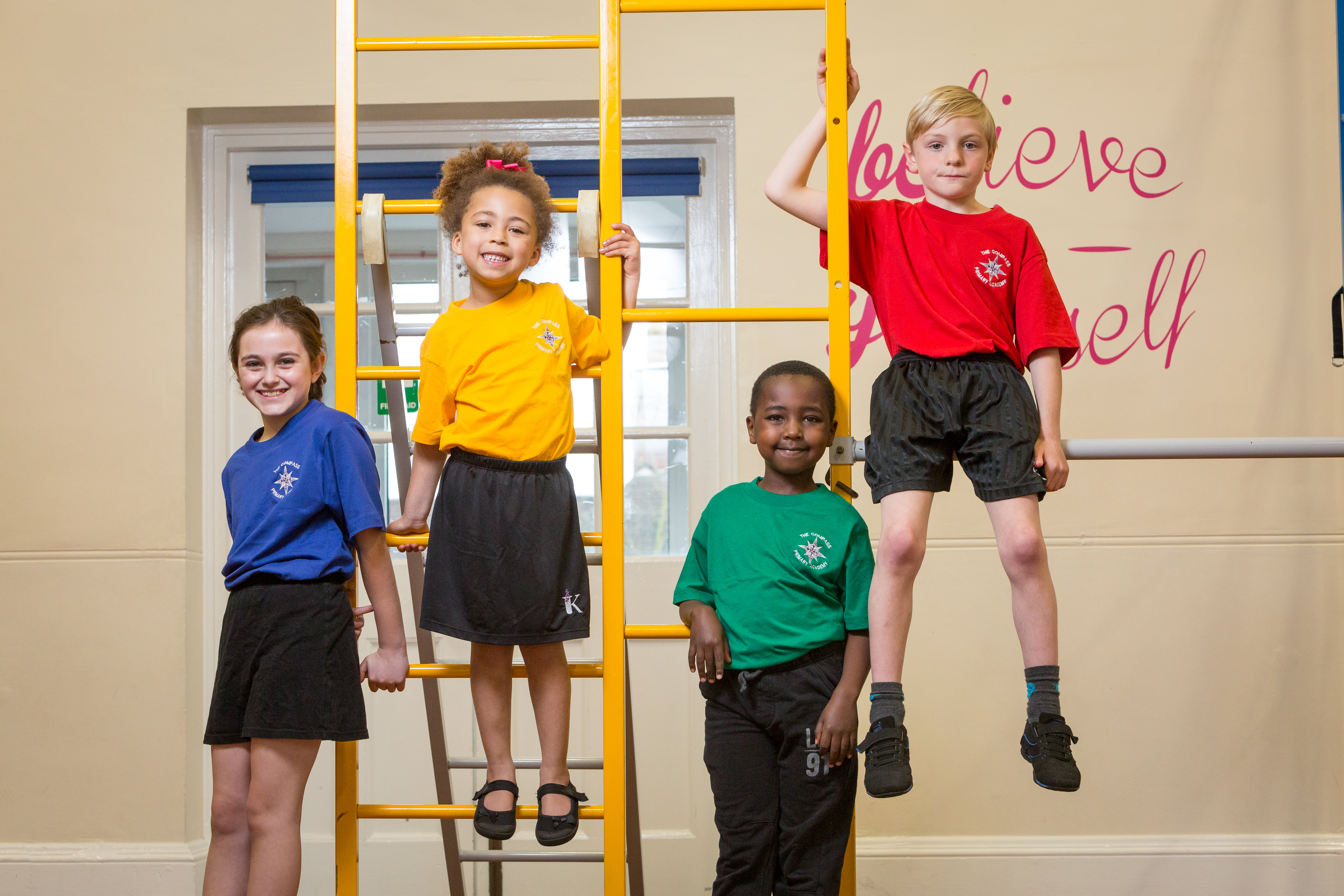 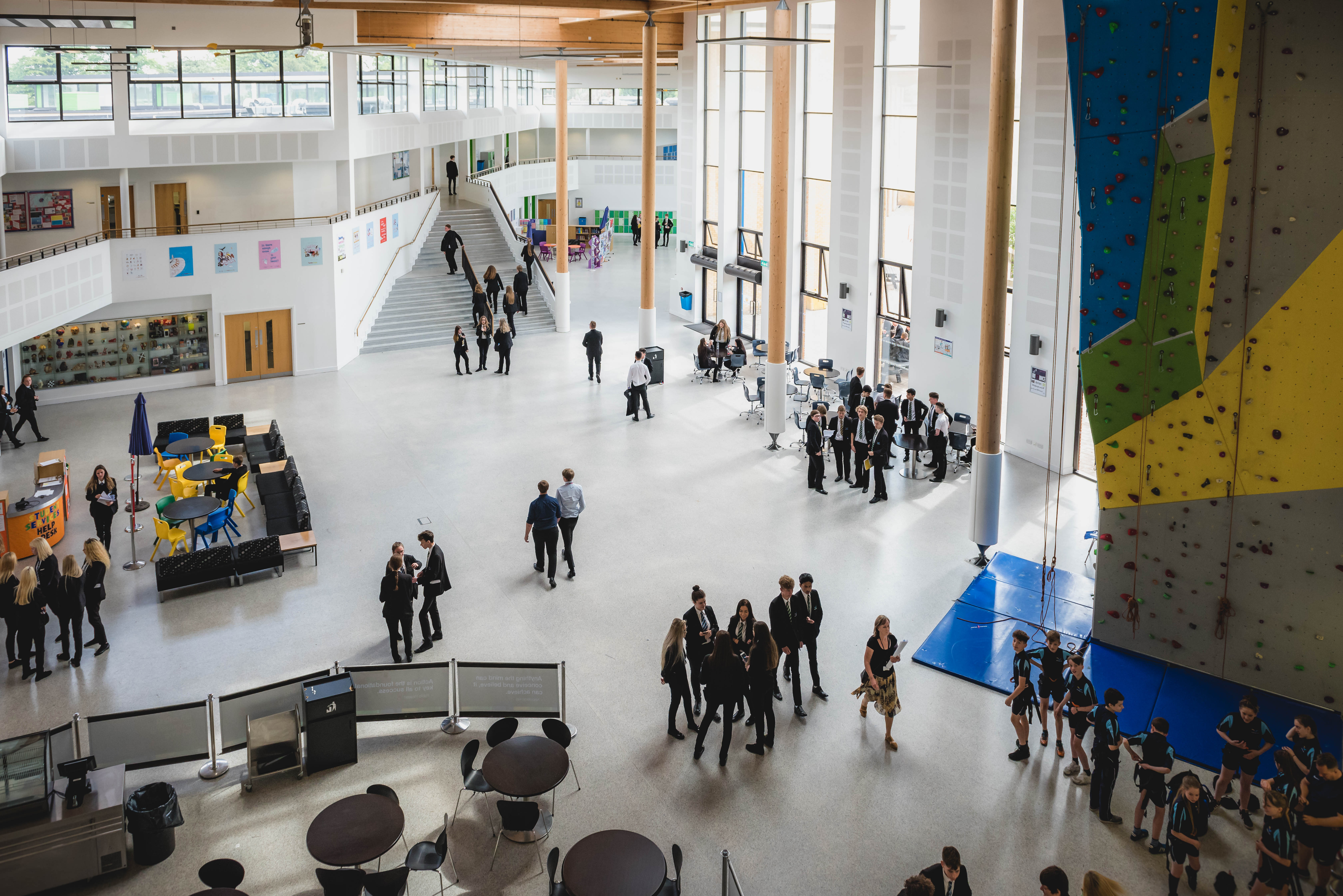 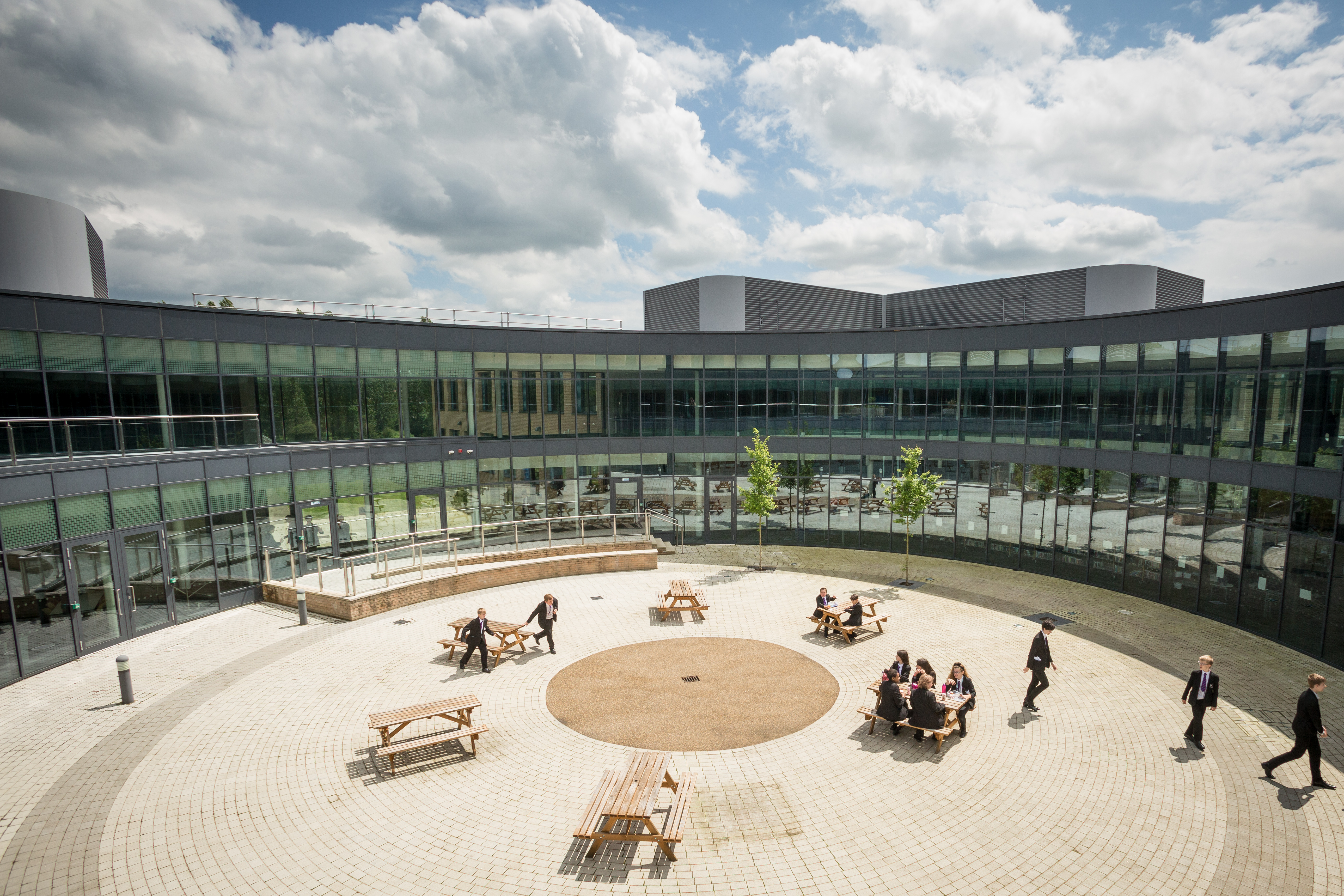 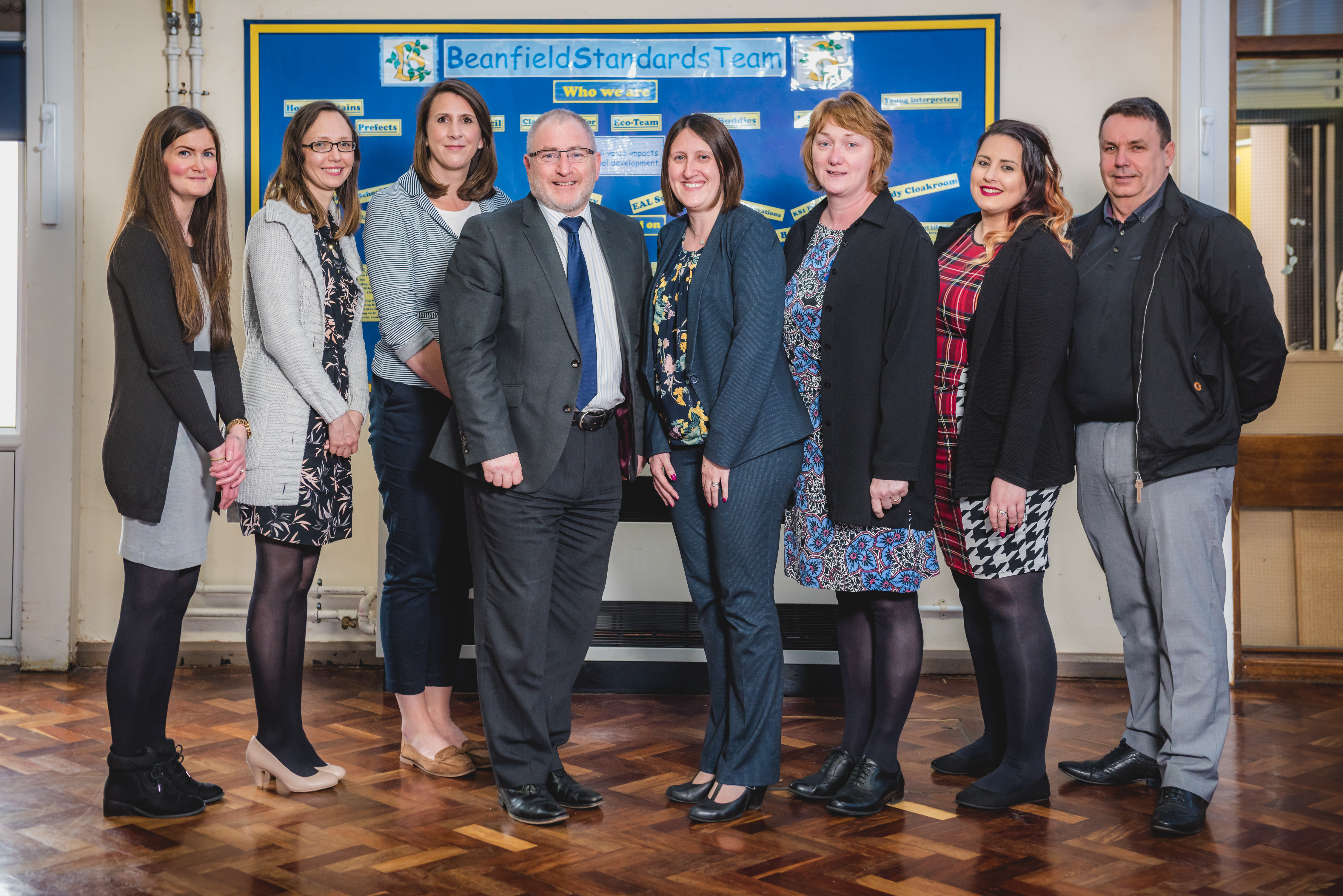 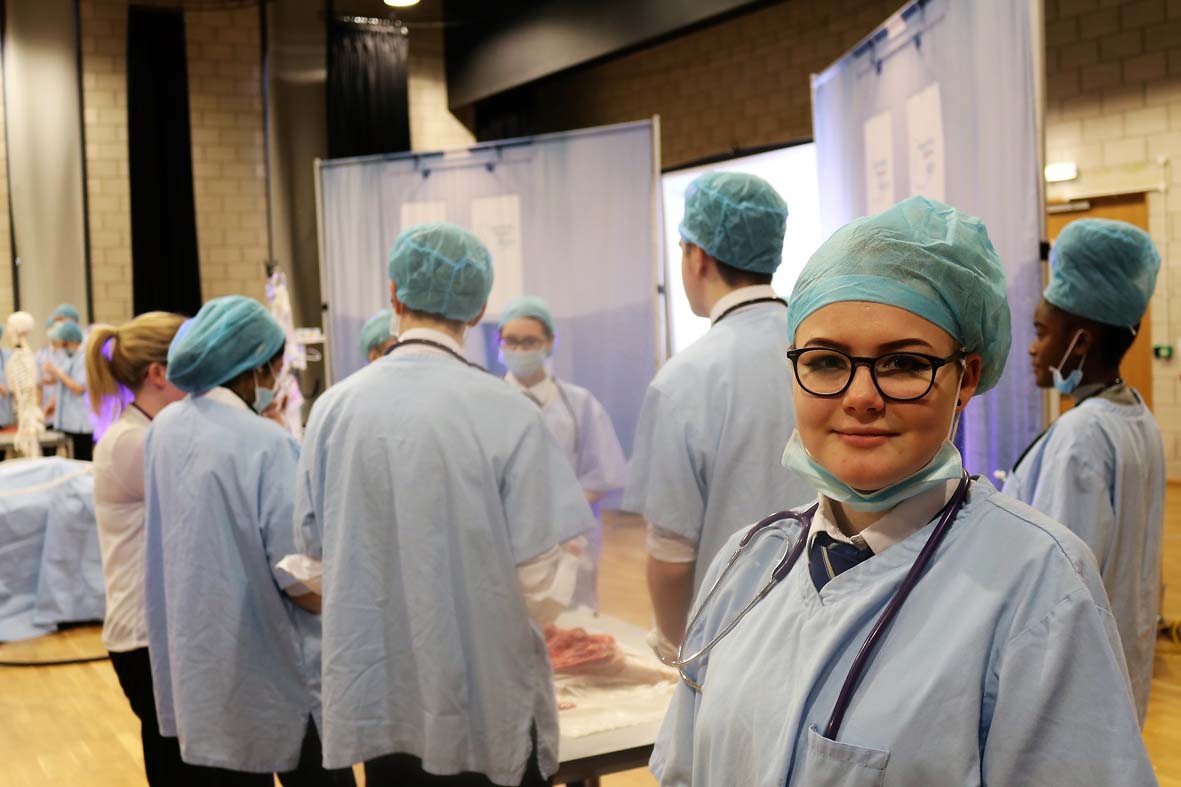 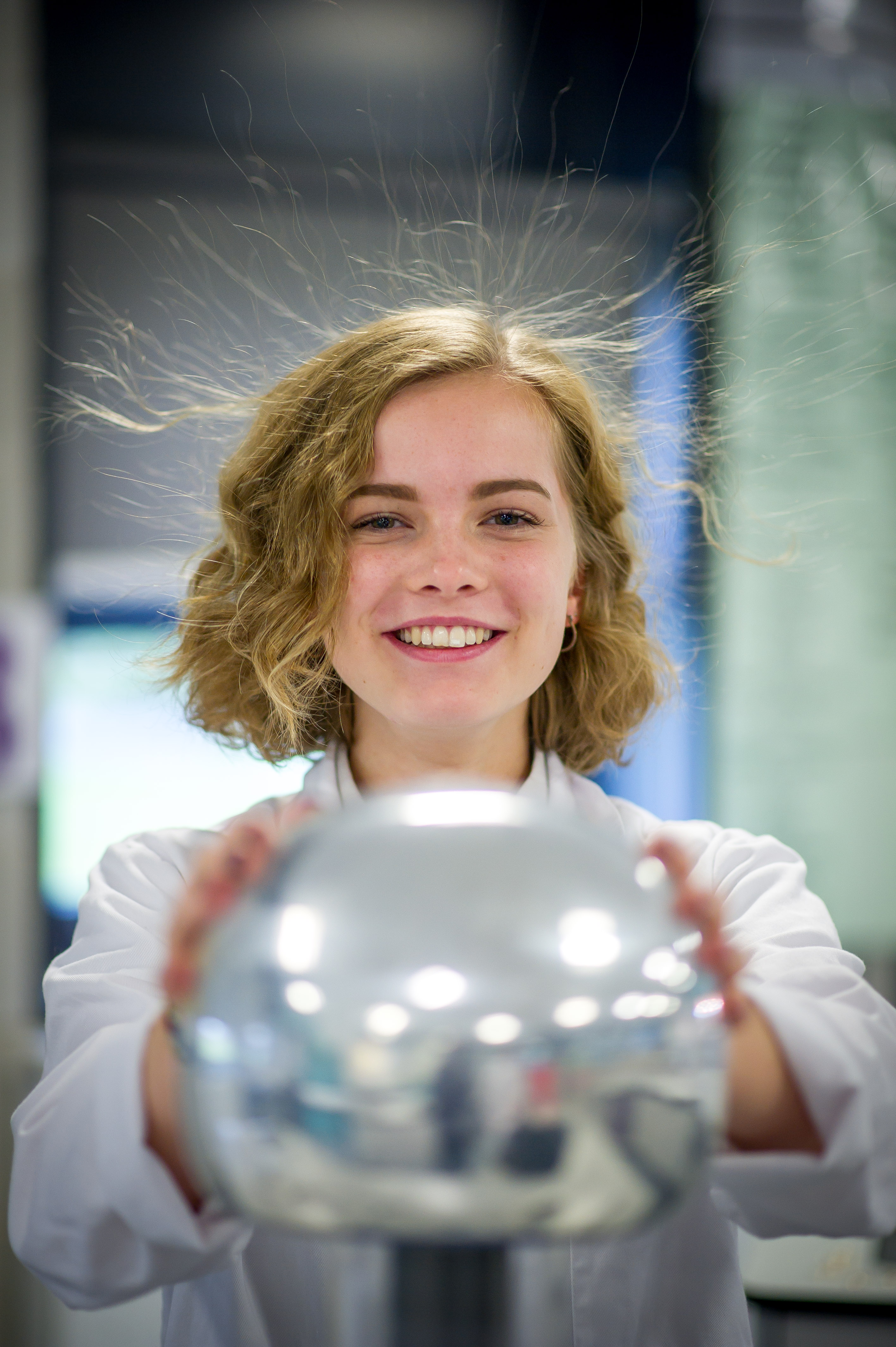 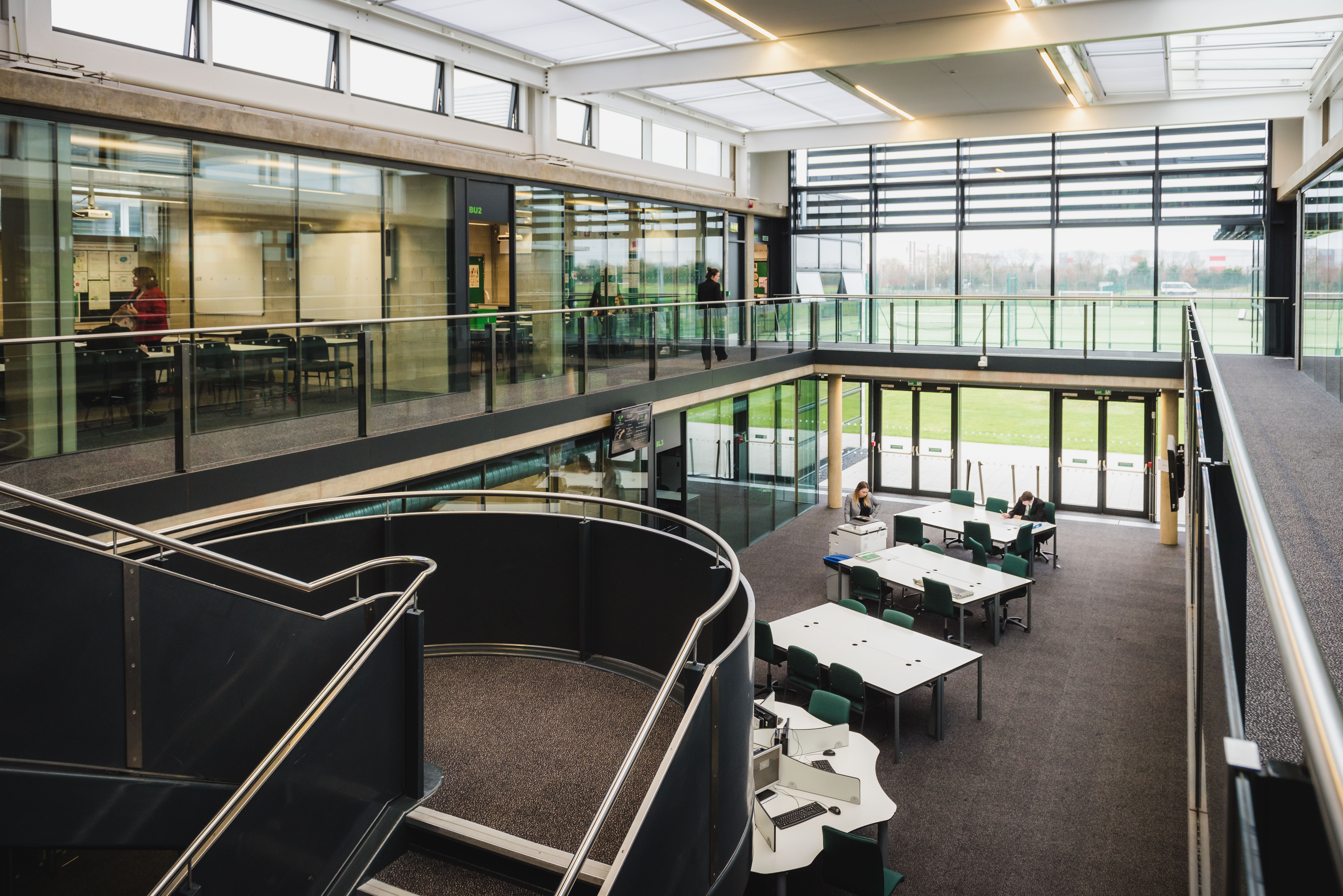 Our Family of Schools

In our 25 years we have grown into a family of 10 primary and secondary schools throughout the East Midlands united by our mission and values. More than 7,000 students between the ages of 3-18 are now educated in a Brooke Weston Trust school, supported by more than 1000 passionate members of staff.

Alongside our broad and balanced curriculum, our young people are given experiences that are unusual to the state school environment. We run the Brooke Weston Trust Combined Cadet Force, which brings together students from across our five secondary schools, and we have also created the Sports Ambassadors programme which is encouraging more of our students to become involved in sport. Our young people are also part of a wider family as our schools have regular inter-Trust gatherings and competitions. 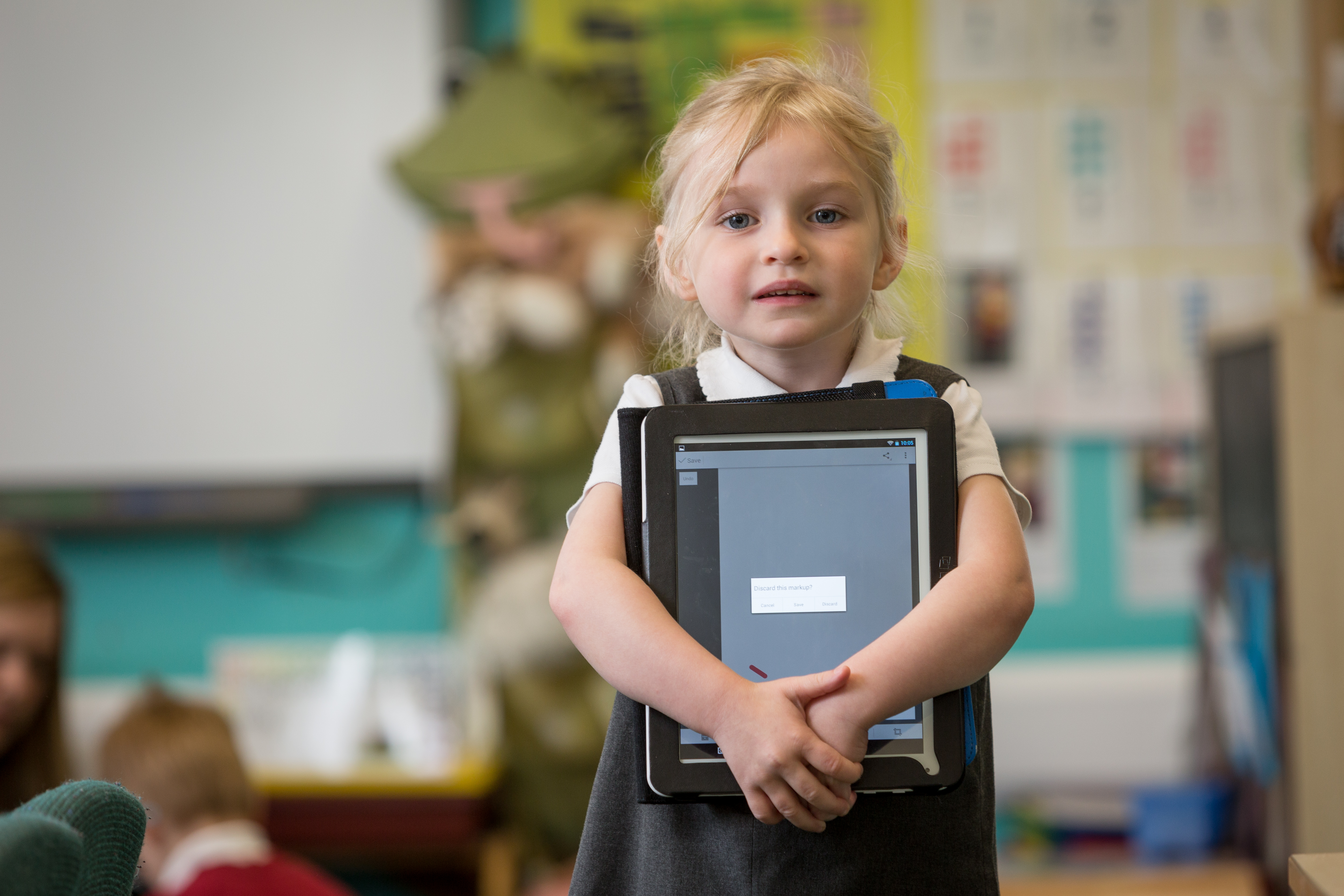 To arrange a suitable time to talk to someone from the Trust, register your interest in a future career at Brooke Weston Trust or to visit one of our schools, please complete this short form and a member of our team will be in touch shortly.

We look forward to hearing from you!

We have come to where we are today through a history of high standards and innovation which dates back to the early days of our first school, Brooke Weston Academy (formerly known as Brooke City Technology College).

Our founding school is currently the best performing secondary school in North Northamptonshire. Regularly topping the GCSE league tables it has a 25 year proven track record and has educated tens of thousands of students who have gone on to lead fulfilling and rewarding lives and make a difference to the world.

The Brooke Weston Academy’s original objective of providing high quality educational experiences which result in outstanding achievement and personal development is at the heart of the Trust’s work today and has laid the foundations for where we are now.

In 2008 under the guidance of Sir Peter Simpson, we opened the Corby Business Academy, turning around a previously failing school which is now rated ‘good’ and on the road to outstanding.

The following year the Kettering Science Academy, became part of our family of schools, and we oversaw a £30m rebuild which has made the school one of the best equipped and impressive in the area.

In 2012 we opened a free Corby Technical School, which is rated as outstanding and is being used as a model for other free schools. In the same year we also became a sponsor for our first school in Cambridgeshire, Thomas Clarkson Academy and added Gretton Primary School and Beanfield Primary School, to our family. In 2013 Peckover Primary School and Oakley Vale Primary became part of our Trus 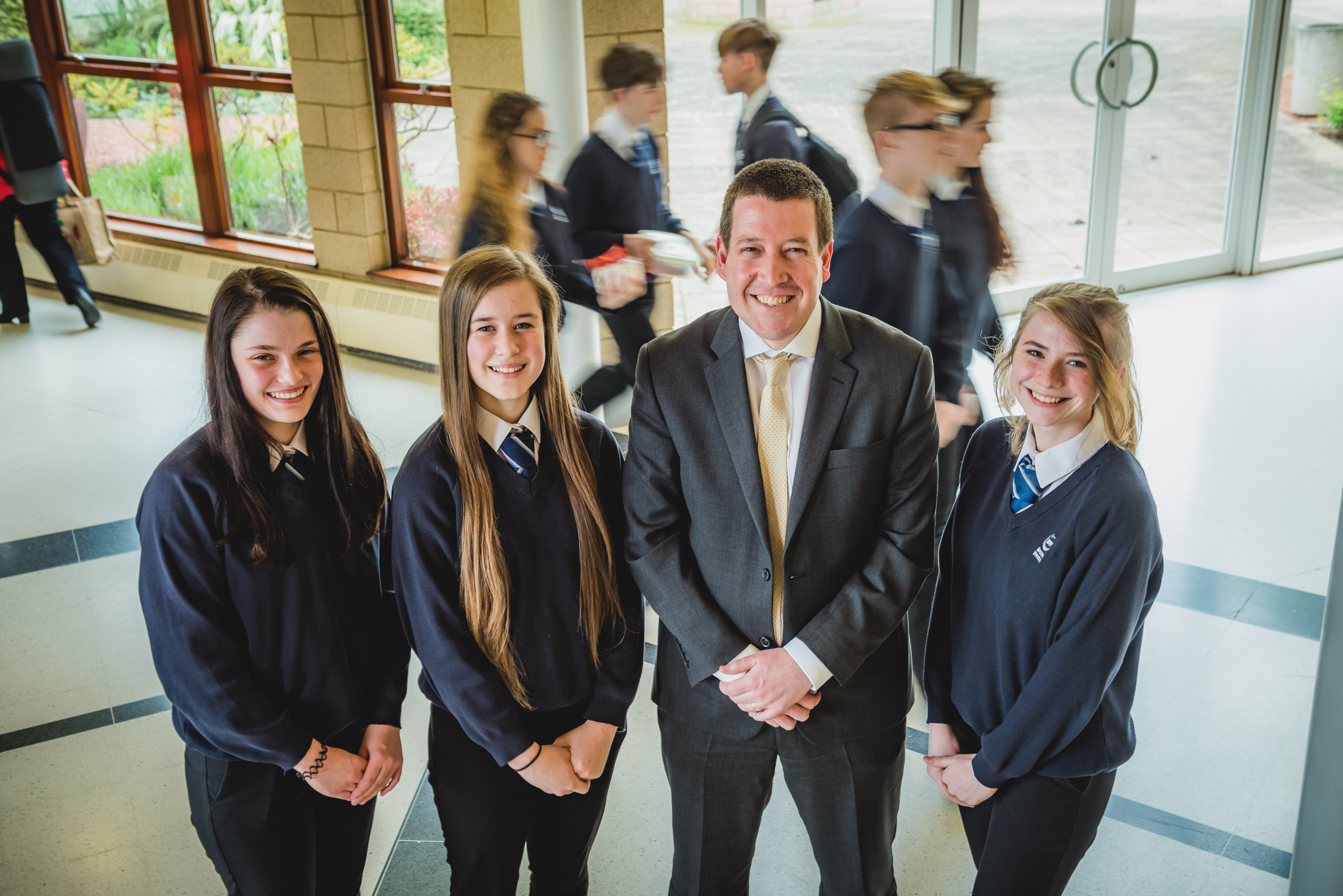 Brooke Weston Academy is one of the most successful comprehensive schools in the country. Our focus on
outstanding teaching, deep pastoral care and a creative curriculum means that every student thrives. We work hard to develop curiosity, a love of learning, resilience and kindness in our students.

We love our school because...
Although proud of our academic record we are about so much more than academic success. Each day the academy is filled with students participating in vibrant music, arts and drama, as well as engaging lessons in science, maths and the humanities among others. We offer an extensive range of sports, charity events, trips and expeditions, all of which combine to create a caring and highly successful academy.

"Not afraid to fly"

We are committed to giving our students the best possible learning experience, valuing each individual and the skills they possess. We work hard to support them in becoming the contributors of the future, to believe in themselves, have dreams and take risks.

We love our school because...
We pride ourselves on our exceptional standards of care and guidance and ensure that no child goes unseen. We believe in nurturing students’ talents and working closely with parents to support students in their personal and academic development. Our dedicated staff work in collaboration with students to raise their academic attainment and foster a love of learning. 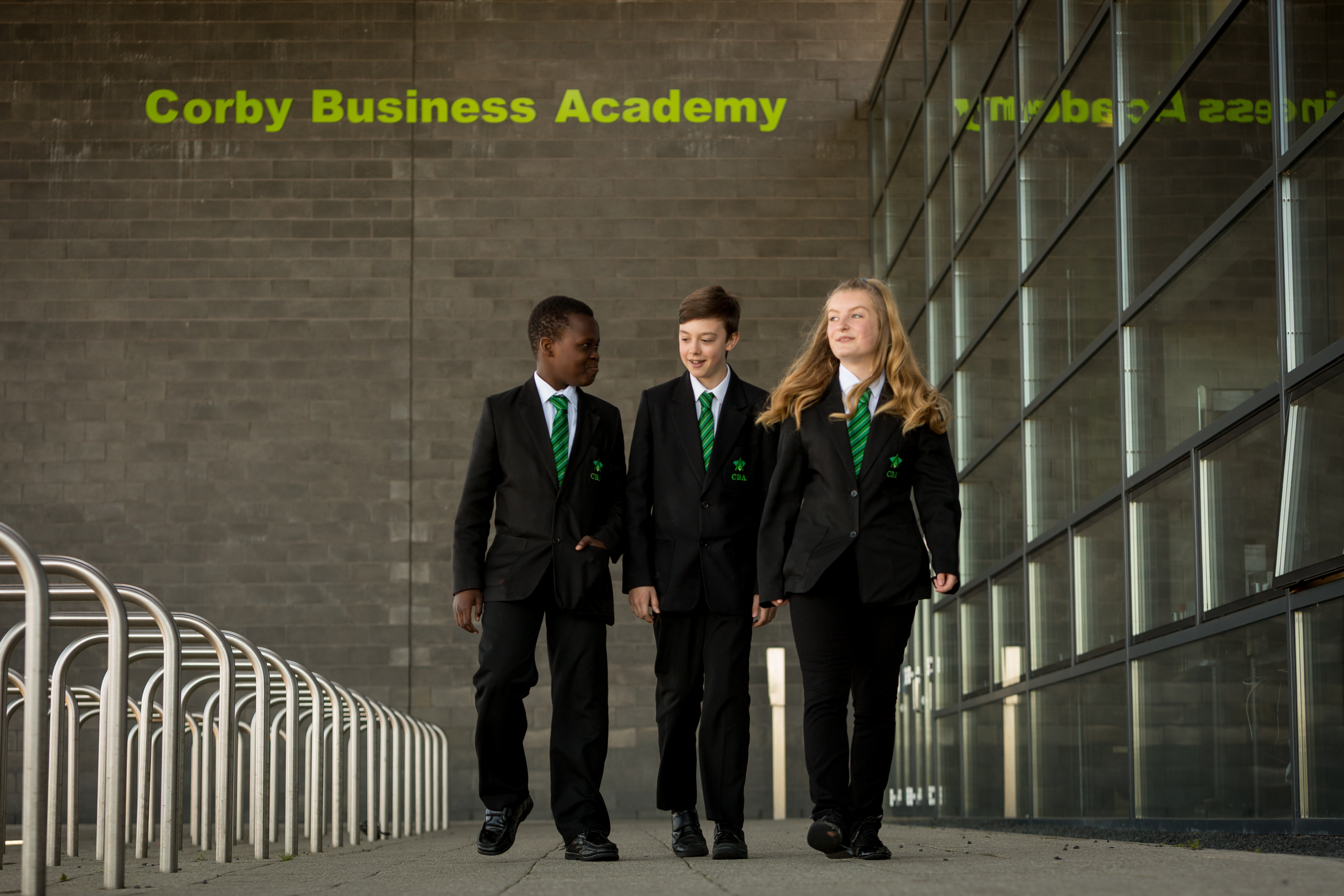 We aim to provide an inspirational learning environment that will equip students for careers within technical fields. We develop confident, independent learners who want to succeed and are proud of their achievements.

We love our school because...
We are a vibrant and close-knit community that develops the whole student. We have bright and attractive accommodation and our new extension has allowed us to expand our subjects, as well as accommodating our new Sixth Form.

"Being the best you can be"

We are an Academy that aspires to be the best at everything we do. We inspire achievement in our
students and believe in developing the whole person through strong academic and pastoral support.

We love our school because...
We are a caring proactive community which has the students at the heart of everything we do. Students are treated as individuals at KSA and receive an education that is best tailored to their abilities and aspirations. 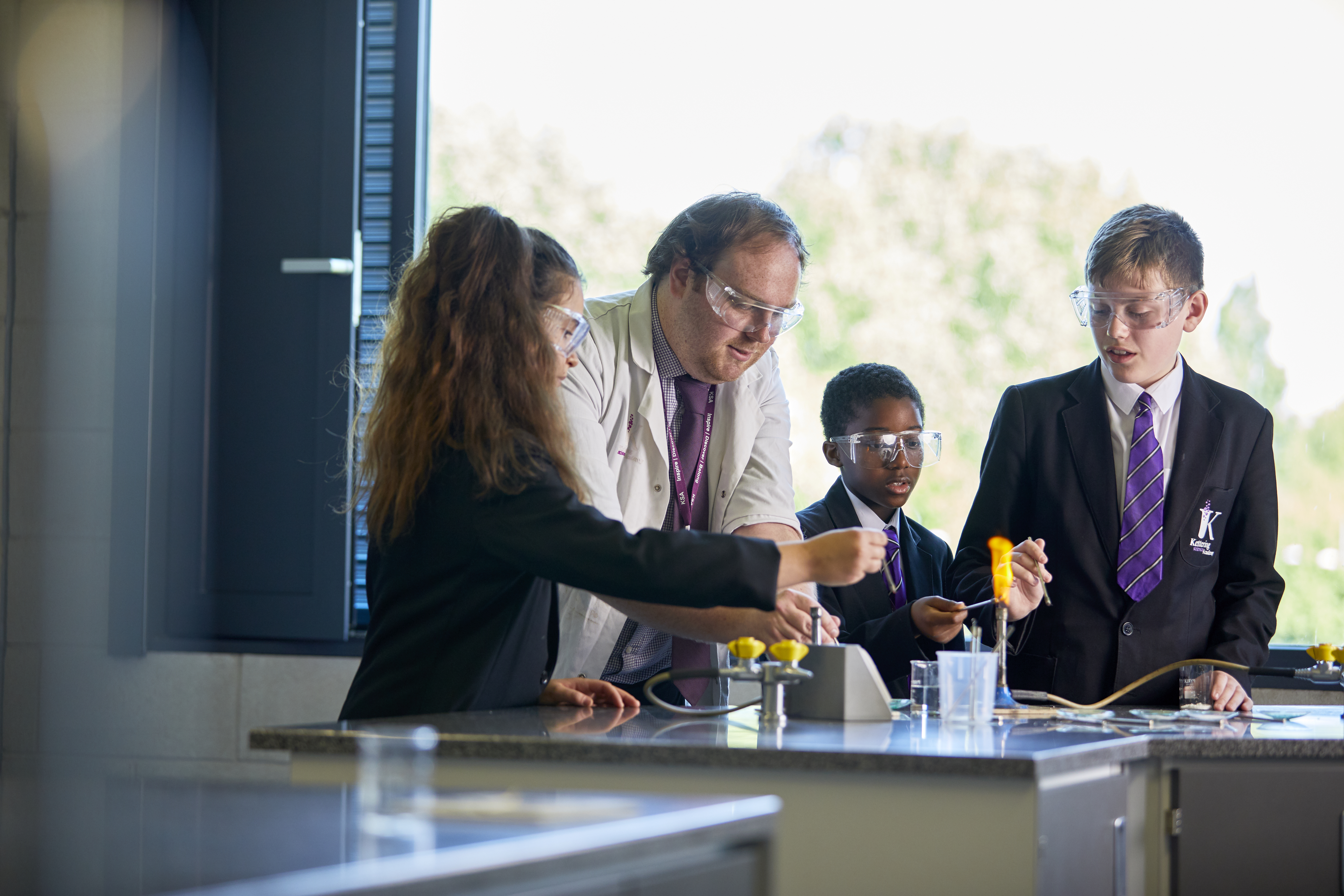 We embrace ambition for all, by all, and we aim to provide our students with the best opportunities to
achieve the academic qualifications and skills to progress to university or the career of their choice. We want our students to realise their potential and excel.

We love our school because...
Our students come from a diverse range of ethnic backgrounds and this makes our school an exciting, supportive and inclusive place to work and learn. We serve our community and strive to make a real difference to our students, giving them aspirations and the tools to succeed.

"We stand for Freedom, Tolerance, Responsibility, Respect and Pride"

At Beanfield Primary School we work together as a community to provide a happy, secure and stimulating environment where children are motivated to learn, are valued as individuals and encouraged to reach their full potential.

We love our school because...
We acknowledge that every child is unique and individual. Our values underpin everything we do and alongside a dedicated, enthusiastic and committed team of staff, we endeavour to provide exciting and enriching experiences for our children. We bring together the local community and offer a safe and nurturing environment where children flourish. 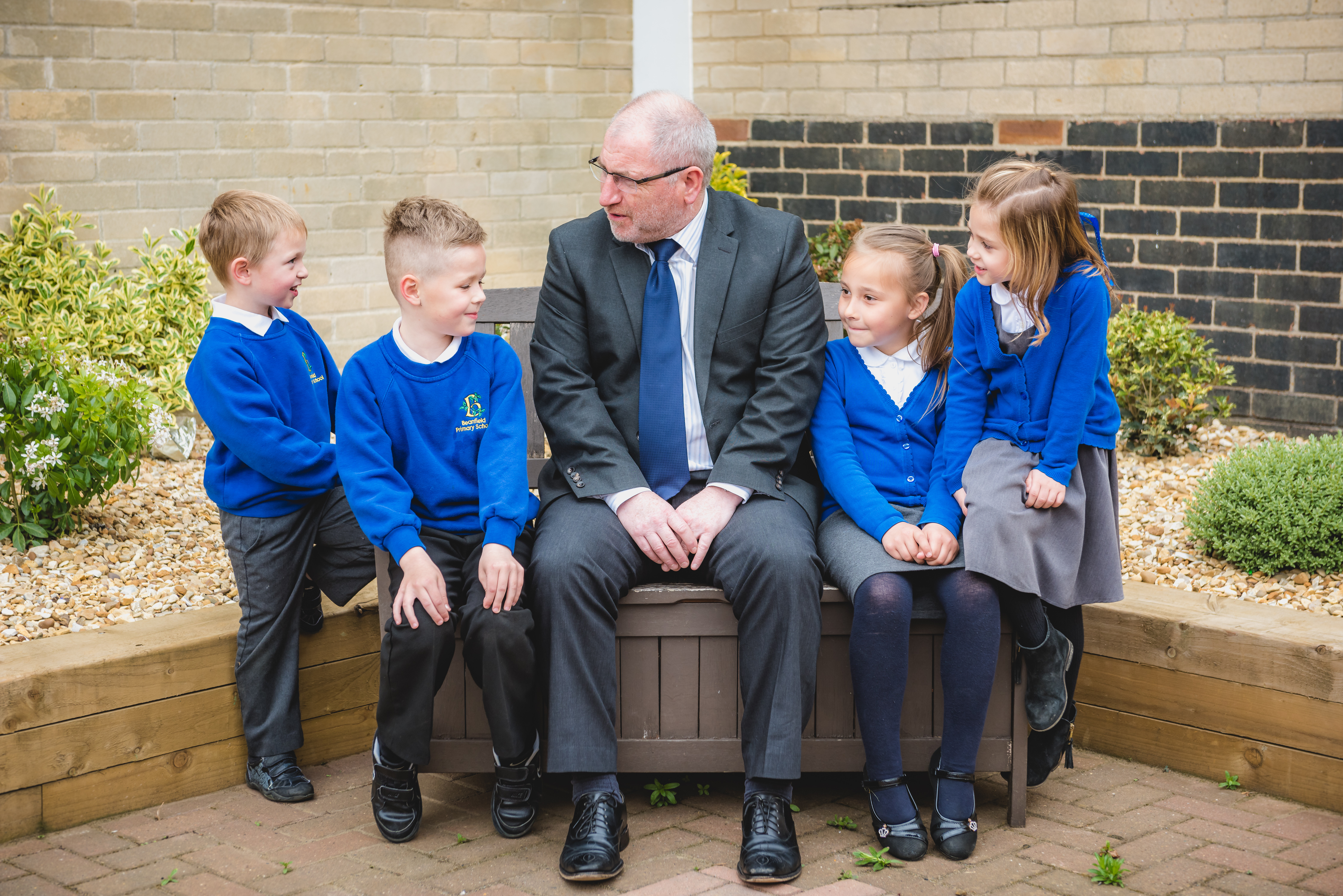 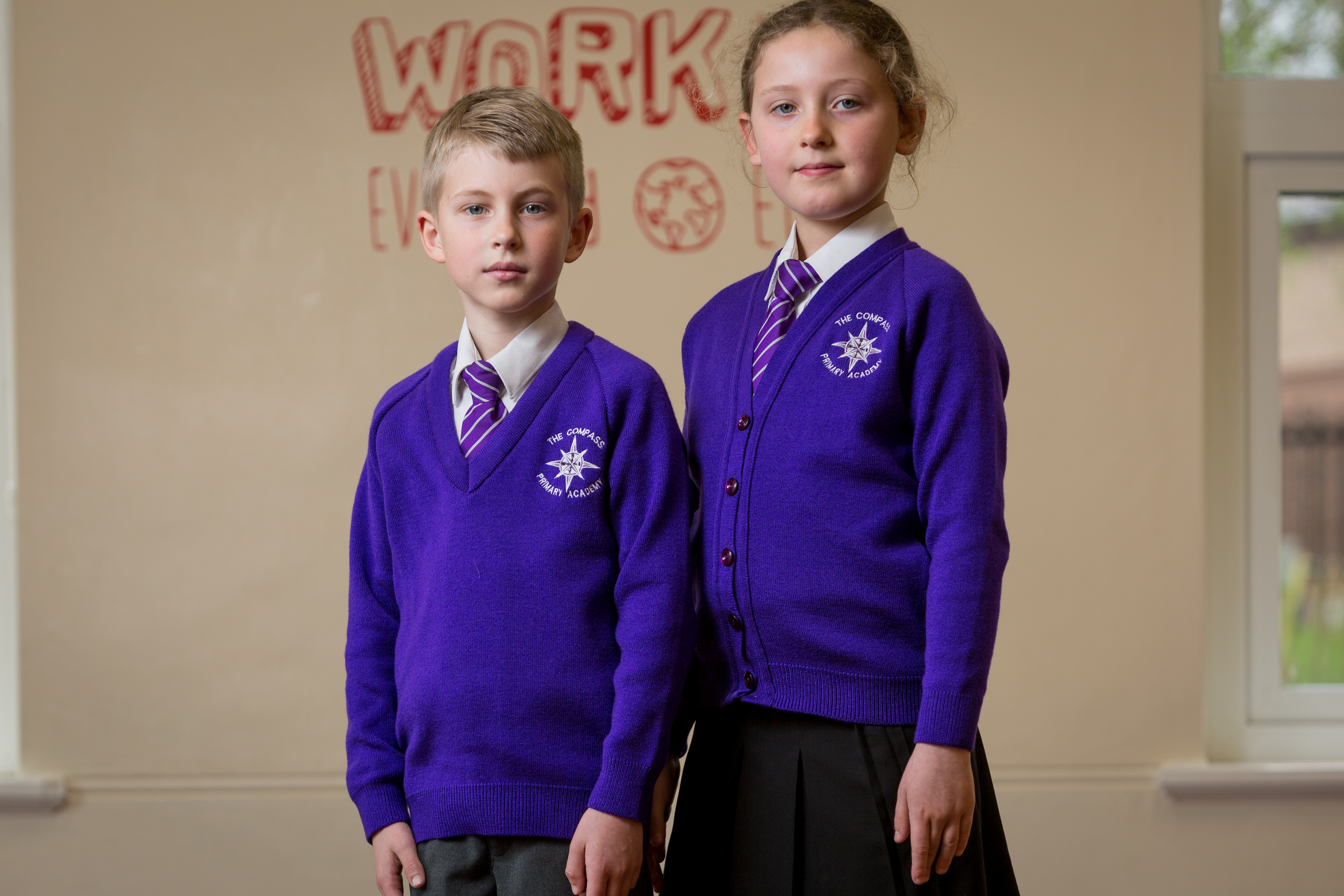 Every child deserves the best start in life and that’s what we strive to offer. We recognise that we can help our students make the most of their talents through our core values of Explore, Discover, Dream.

We love our school because...
Our children are our top priority and they are at the heart of our work. We value each as an individual and believe that education is most successful when there is a strong partnership between school and home. We have a dedicated and enthusiastic team of staff who are committed to providing the very best opportunities for our students, each and every day.

"Striving to be better everyday"

Gretton Primary is a small village school, which has a strong family feel. We have fantastic children and wonderfully supportive parents who enjoy getting involved with the life of the school. Our curriculum aims to inspire a love of learning and to develop children as self motivated, independent learners. We have high aspirations and expectations in everything we do and encourage the children to always achieve their very best.

We love our school because...
"We get a good education and the teachers make learning fun. Maths is great and we do interesting
science investigations. We go on lots of school trips with our lovely friends in school." Student, Gretton Primary 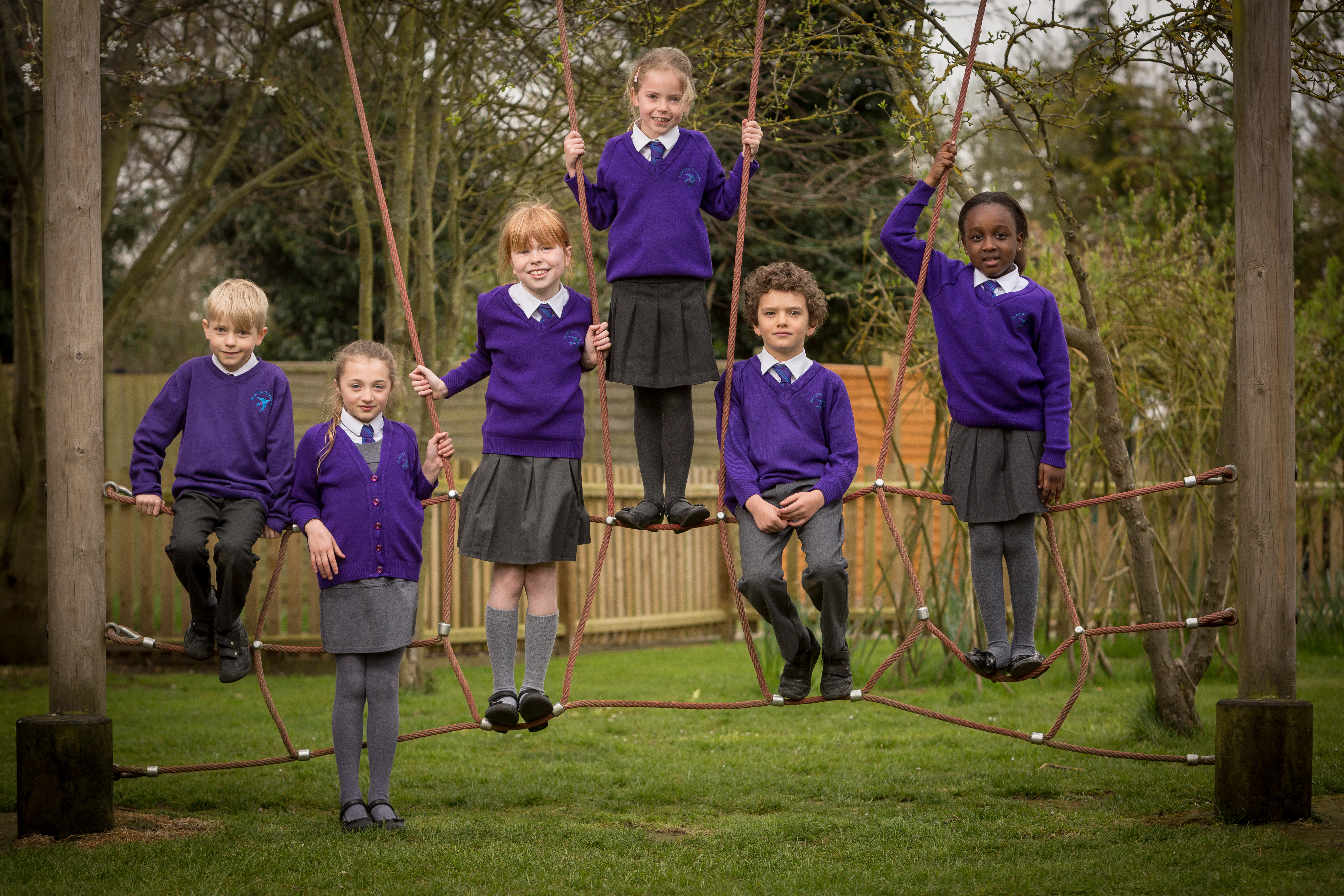 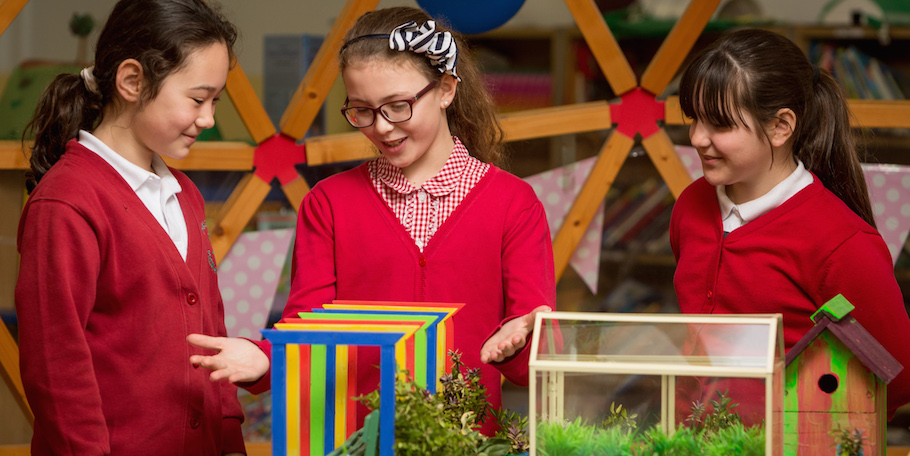 As a school we value each individual and their unique contribution to the life of our community.
Tolerance and respect for others underpins every element of school life.

We love our school because...
All of our students are valued and all of their efforts are celebrated. This means that they grow into confident individuals who value their own worth and are well equipped for the next stage of their learning journey.

Peckover Primary school is in the heart of the thriving market town of Wisbech. We are lucky to have a
diverse and vibrant community where everyone feels safe and special. It is a happy place to learn, where children, staff and parents are valued and welcome – a place where we all work together to achieve the best for each individual child. 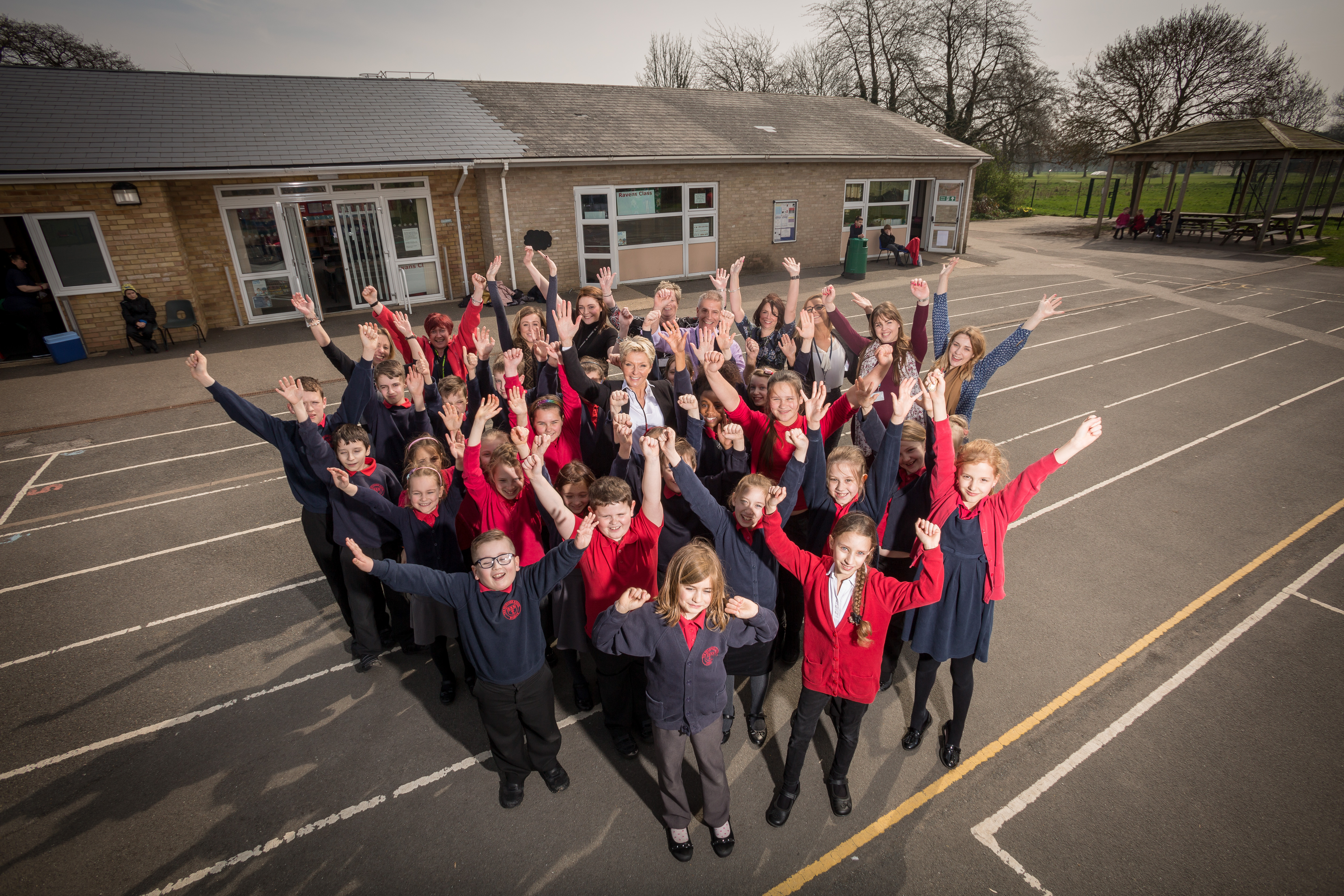